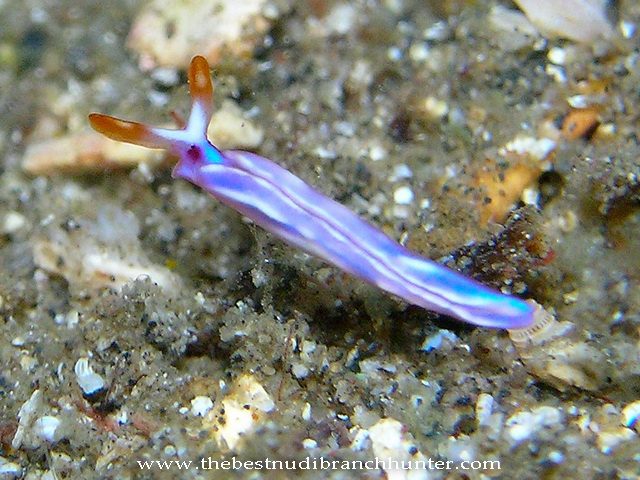 The living animals are light blue with scattered translucent blackish pigment especially near the foot. There is an opaque white band along the edge of the parapodia and the parapodia are covered with scattered opaque white or cream spots or longitudinal bands. The dorsal part of the head is opaque white and the white pigment forms a V shape running into the basal third of the rhinophores. The outer two-thirds of the rhinophores are bright orange red with a thin, often broken, median white line. The red pigment extends farther basally on the outer side of the rhinophore than on the inner side. The anterior margin of the foot is blue.