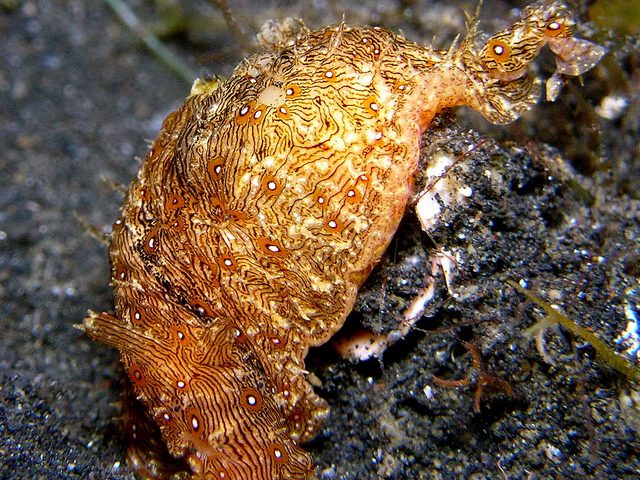 This relatively small elongate Sea Hare usually has dark longitudinal lines and scattered eye spots, either with pink or blue centres. Although usually smaller, animals collected in Zanzibar grew to 6.5cm in length. Like many Sea Hares they produce a purple ink when disturbed. Like Bursatella leachii, this species feeds on blue-green algae which form a mat or film over rocks or the surface of muddy shores. Found from the intertidal to about 30m, Stylocheilus striatus can sometimes be found in large numbers.