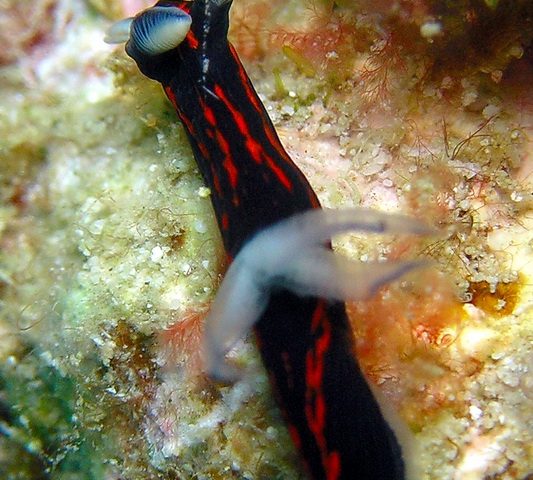 Relatively small nembrothid, growing to about 20-25mm in length. Characterised by the yellow longitudinal lines which are sometimes quite onscure. These lines consist of a series of glandular pits which secrete a bright yellow substance when disturbed. Although no feeding records this species is a member of a genus which hunts down and eats other opisthobranchs. The large oral tentacles (arrowed) are found in all members of Roboastra and are probably important in tracking down their prey, perhaps by following its mucus trail.