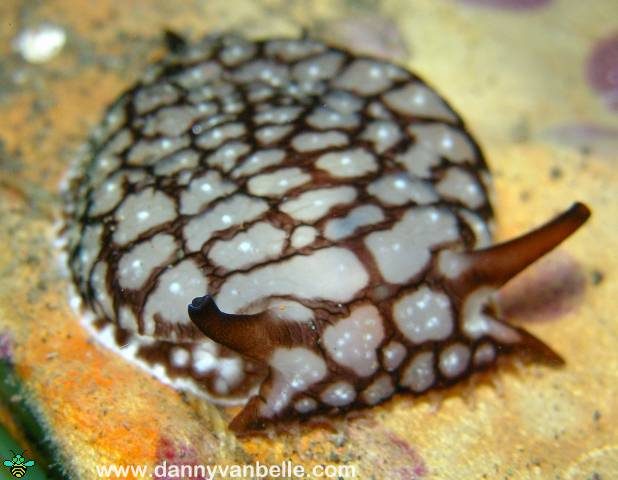 The mantle is translucent clear with a reticulate pattern of brown encircling the white-tipped ‘mamillae’ (breast-like tubercles) which cover the mantle. The foot is a dark brown with opaque white patches. There is a posteriorly facing dorsal spur on the posterior tip of the foot. The oral veil has about 16 ventrally projecting sensory papillae, reminiscent of the oral veil in Euselenops luniceps. Species of Pleurobranchaea are carnivorous hunters, probably eating a wide variety of prey items. Little is known of the diet of individual species although Marcus & Gosliner (1984) report finding a 65mm long specimen of P. brockii with 4 specimens (longest 18mm) of Philine aperta in its stomach. It grows to over 120mm long.