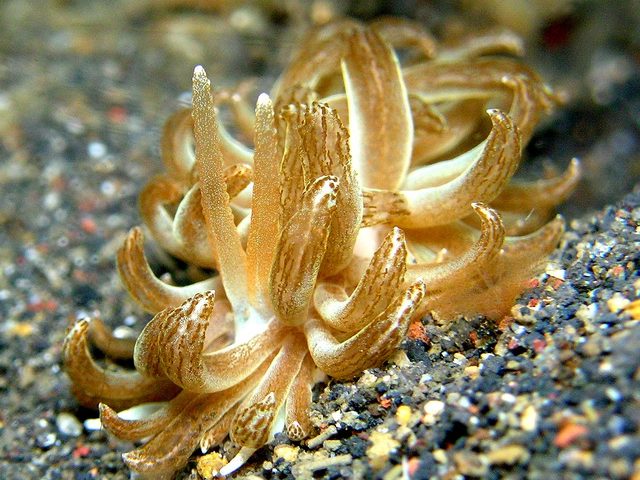 As its name suggests, Phyllodesmium crypticum is a very cryptic species, well-camouflaged amongst the colonies of the soft-coral Xenia in which it lives and on which it feeds. This is another of the many species of aeolid which store zooxanthellae from their food, presumably obtaining nourishment when they photosynthesise. The large sacs of zooxanthellae found in the tentacles of Xenia are clearly the source of Phyllodesmium’s zooxanthellae.