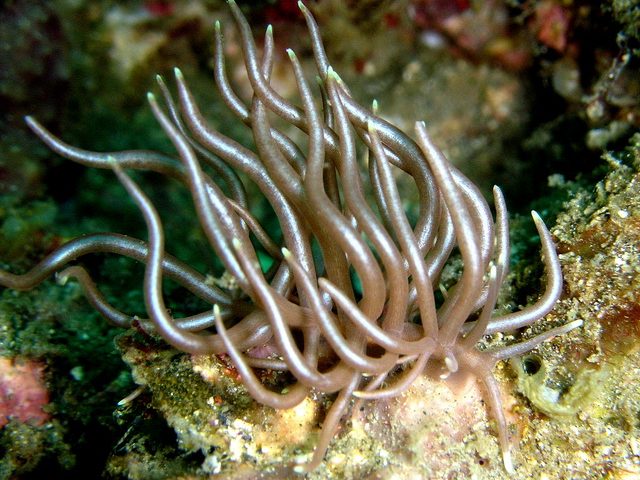 Phyllodesmium briareum, like other species of Phyllodesmium, feeds on soft corals and is very well camouflaged when crawling over or nestled between the polyps of the soft coral it is feeding on. It is reported to feed on a number of species of briareid soft coral including Solenopodium stelleri and Briareum stecheri. It is also reported from Pachyclavularia violacea a mat forming soft coral with purplish trunks and greenish brown polyps.

The name briareus was apparently given to it by Bergh because of its association with the soft coral Briareum.

P. briareum is one of the species of Phyllodesmium which has a symbiotic relationship with zooxanthella. The rows of brown specks in the photo are one-celled plants [zooxanthellae] which are nurtured in specialised ducts of the aeolid’s digestive gland, where they continue to grow, reproduce and photosynthesise, providing nutrients for the aeolid.