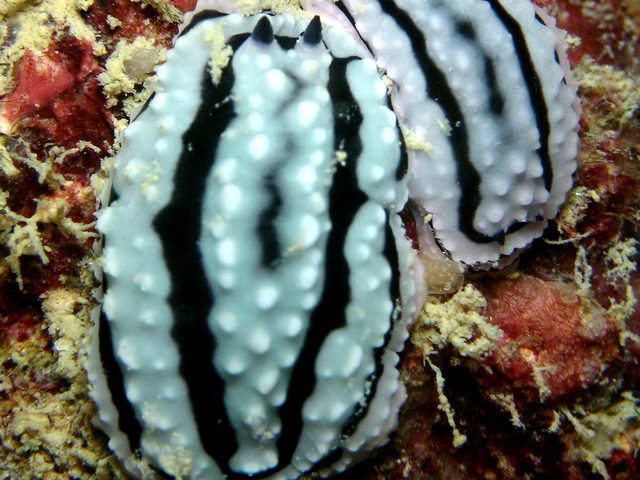 DISTRIBUTION
Restricted to the tropical Indian Ocean where it occurs from eastern Africa to Java.

Notes compiled from Brunckhorst, 1993:
Phyllidiella zeylanica is characterised by its numerous, very tuberculate, pink ridges which curve to join anteriorly and posteriorly (but may be interrupted), its pale foot sole, and its dark triangular oral tentacles. It differs from Phyllidiella pustulosa which does not possess ridges, and from Phyllidiella rosans which possesses relatively smooth rounded ridges (very tuberculate in P. zeylanica). For specimens of similar size, the rhinophoral clavus of P. zeylanica possesses fewer lamellae than P. rosans.