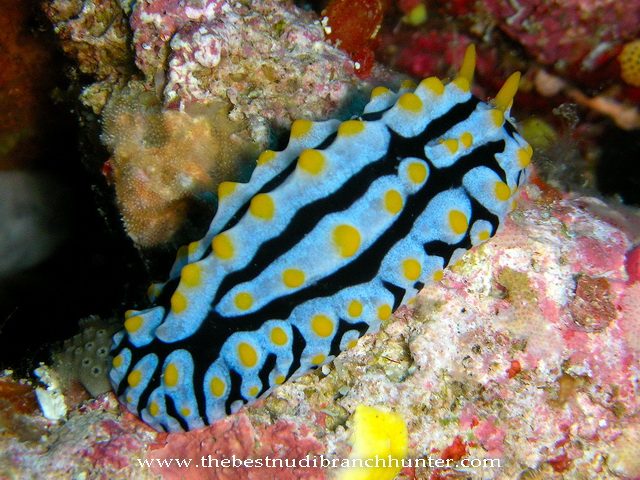 DISTRIBUTION
Known throughout the Indo-West Pacific Oceans including the central Pacific and the Red Sea.

Large species that can be distinguished by its relatively numerous (3-6), longitudinal, tuberculate notal ridges. The ridge and bases of the tubercles are blue-grey in colour. Tubercles are capped in yellow. The foot sole possesses a black longitudinal foot stripe. The rhinophoral clavus possesses 27-30 lamellae.  Phyllidia tula has a longitudinal black stripe on its foot, but the foot is very dark grey and the notum possesses single rounded tubercles and is without ridges.  Phyllidia coelestis is a smaller species which has neither a foot stripe nor a median ridge. It is more oval in shape and possesses 19-26 lamellae on the rhinophoral clavus.