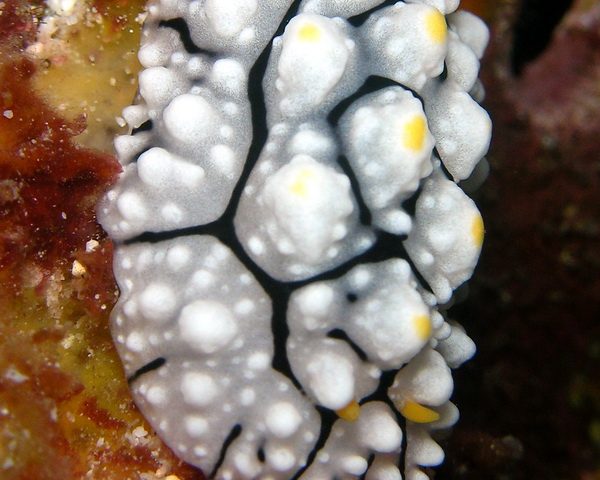 DISTRIBUTION
Known from coral reef regions throughout the western Pacific and Indian Oceans including the Red Sea.

Study indicates that P. elegans displays some ontogenetic and individual variation in the arrangement of notal tubercles. However, the coloration and markings of P. elegans serve to clearly distinguish it from its conspecifics. These features include: the pink tubercles which are often capped in yellow; the pale yellow tipped oral tentacles; the pale foot which has a median longitudinal black line on the sole and black lines on its sides; and internally, the black band encircling the junction of pharyngeal bulb and oral tube. Phyllidia varicosa and Phyllidia tula both have a black line on the foot sole, but neither has pink coloration nor black lines on the sides of the foot. Most species of Phyllidiella have pink tubercles but their foregut morphology is very different, and none has yellow coloration or dark ventral markings.