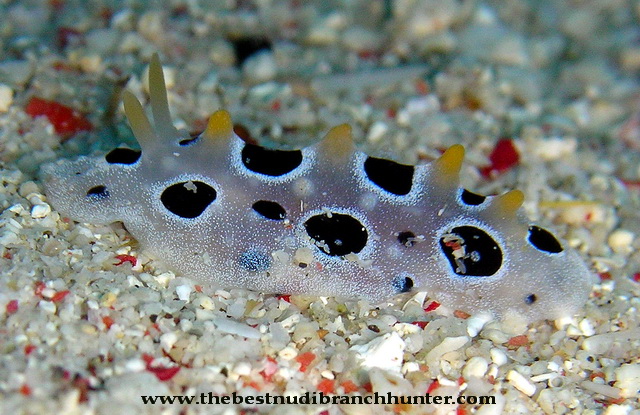 Phyllidia exquisita and Phyllidia willani are similar to the present species as they all have pale background coloration. P. exquisita has a yellow mantle margin but possesses longitudinal black and white areas and rounded tubercles. Unlike P. babai, P. willani has a granular, pale yellow dorsum with black lateral swirls and no yellow on the mantle margin.