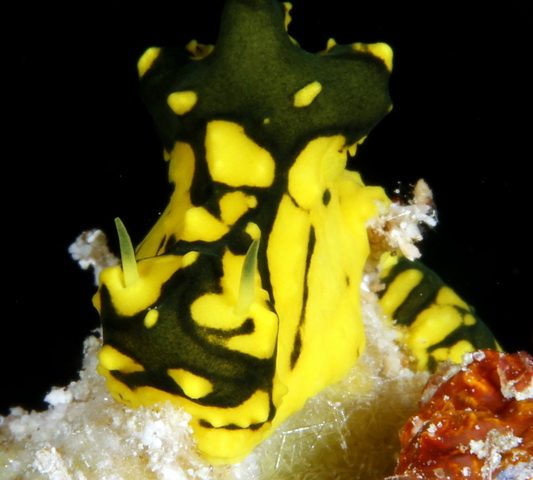 The background colour is bright yellow but it is patterned with patches of black which vary greatly in size and number. The rhinophores and gills are yellow, but in juveniles the rhinophores can be black. This species is similar to Notodoris minor in having black pigmentation, but in that species the black forms a network of lines over the body. The branched gills are situated midway along the body, partially hidden beneath three large rounded lobes. The body is rigid and toughened with tiny spicules. The rhinophores are smooth and simple. The animal can grow to approximately 10cm in length.