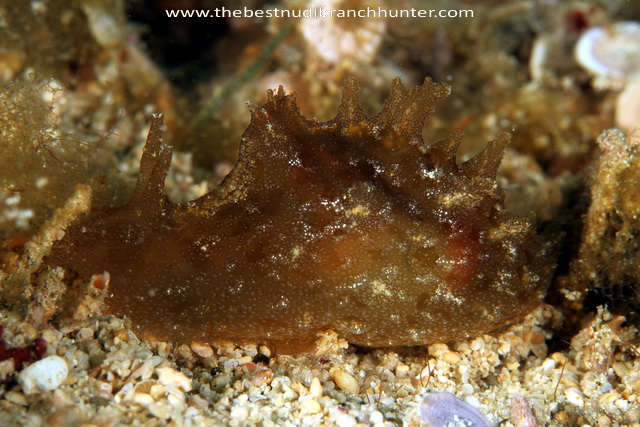 Indo-West Pacific. Reported to have migrated into Mediterranean through Suez Canal.

Notarchus is a genus of Sea Hare in which the parapodia are almost completely fused. There is a small anterior opening to allow an exchange of water to the mantle cavity. They have no shell. They are able to escape from danger by swimming by jet propulsion.