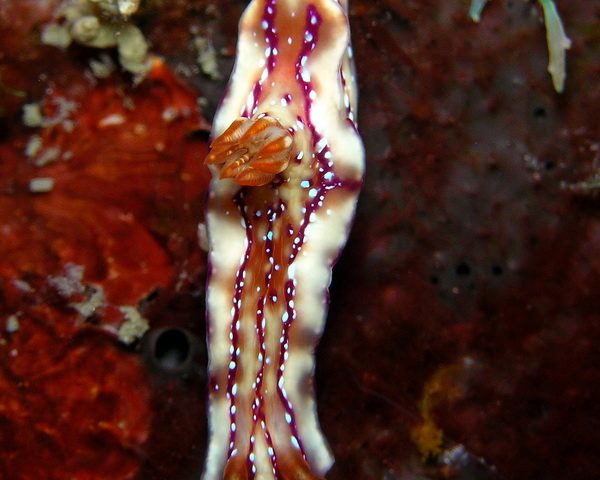 Grows to 55mm long. The colour pattern in complex but consists basically of a pale brown background colour. On the mantle their is a broad dark brown band around the mantle edge and transverse band of the same colour across the midway between the gills and the rhinophores, forming a figure of eight pattern. There is a longitudinal row of bright white spots down the dorsal midline and a submarginal row of spots which runs around the mantle edge. The rhinophore clubs are brown with a white tip and the gills are brownish with white spots up the outer edge of the rachis. The body is relatively high in profile, and the name krakatoa, from an Indonesian island which exploded in a massive volcanic eruption, refers to the high volcanoe-like gill pocket.