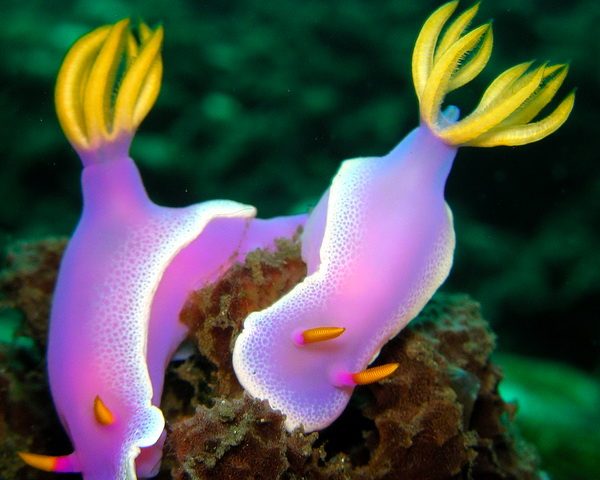 See also Hypselodoris apolegma, which may be a colour form.

Originally described from the South China Sea, this species is found in the western Pacific as far south as southern Queensland. It is also found in north western Australia and Thailand. It ranges in colour from a pale straw, or even white background to a deep purplish pink. There is usually a thin opaque white line at the mantle border, but some specimens have a reddish purple border. Typically the gills and rhinophores are yellow or orange with a basal pink or purplish band. In anatomical studies I have been unable to find any consistent differences to show that differing colour patterns represent different species. Unpublished studies of the anatomy show that this species should probably be placed in the genus Risbecia.