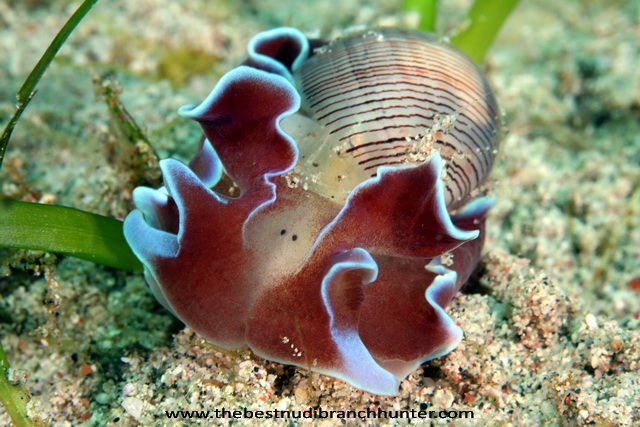 Found circum-globally in tropical waters both in the Indo-West Pacific and the Atlantic.

The Hydatinidae are the most modified of a group of cephalaspids which show the gradual diminution in the importance of the shell as a protective organ. The least modified are the acteonids (Pupa, Acteon) with a heavily calcified shell and a small, usually uncoloured animal. In Hydatina and Micromelo the shell has become thin and the animal large and brightly coloured. The protective operculum has disappeared. Species of Hydatina are very specialised worm feeders, eating only cirratulinid polychaete worms.