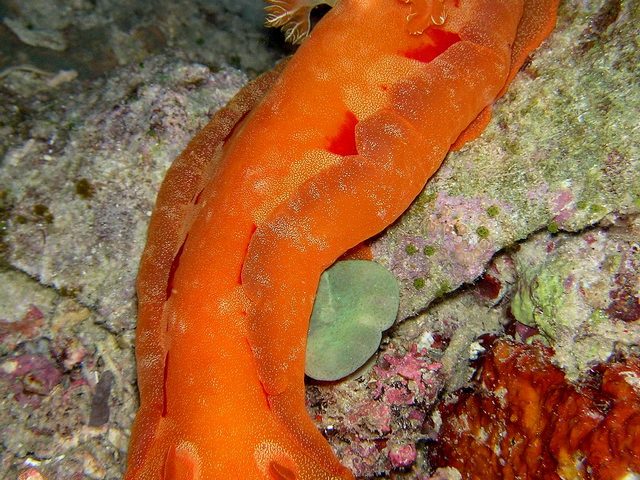 The species was first described from the Red Sea and based on a red colour form. The mottled form is the most common colour form, although yellow animals have been reported from Hawaii and from Tanzania. Apart from being able to swim, Hexabranchus is an unusual member of the Superfamily Eudoridoidea in that its gills do not have a gill pouch into which the gills can retract. Also each gill is inserted separately into the body wall. Hexabranchus sanguineus is one of the largest of all nudibranchs with animals being recorded at over 40cm in length.