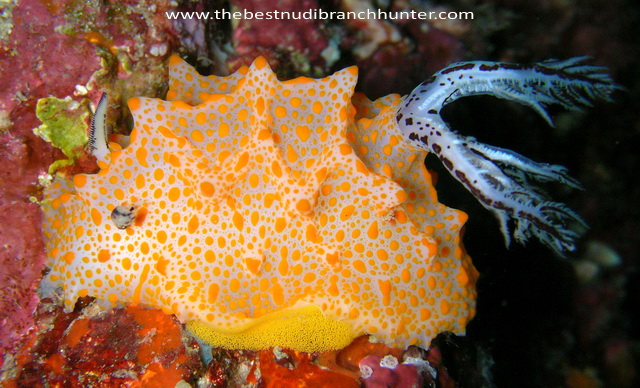 The species can be distinguished from other species of Halgerda by the large, bright orange-tipped, conical tubercles scattered over the dorsum, but which are not interconnected by ridges. Below each orange tip the tubercles have a band of opaque white. There are many smaller orange tubercles scattered amongst the larger tubercles. The rhinophore club is translucent yellow and there is a black line extending down the whole length of both the rhinophore club and stalk on the posterior midline. The anterior side of the club also has black pigmentation. The gill has black spots on the anterior sides of the four branchial leaves. The foot has an orange margin.

This species has similarities to Halgerda carlsoni and Halgerda malesso. H. malesso has ridges and a network of orange lines, and H. carlsoni has fewer large, orange tubercles, and the small spots scattered all over the mantle are finer and not raised on tubercles.