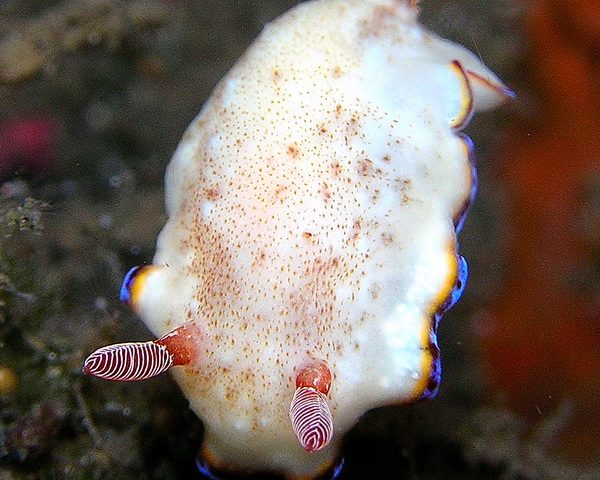 This species was described by Kelaart (1858), from Ceylon. There are a number of Goniobranchus species which are essentially white with yellow and red bands at the mantle edge which, for ease of comparison, previously called the G. verrieri – colour group (Rudman, 1985).

G. preciosus has three colour bands at the mantle edge – a thin white band at the edge, then a band of deep red, and inside that, a band of yellow. The mantle ranges in background colour from a uniform white to animals in which the white pigment forms irregular patches on a translucent white background. Sometimes the translucent patches can be distinctly reddish. Some specimens can also have small brownish spots scattered all over the central part of the mantle. In these spotted specimens the inner yellow band is often broken into a series of yellow streaks. In all cases the gills and rhinophore clubs are translucent red with pigmented white edging to the lamellae. This is common both intertidally and subtidally under rocks in New Caledonia.