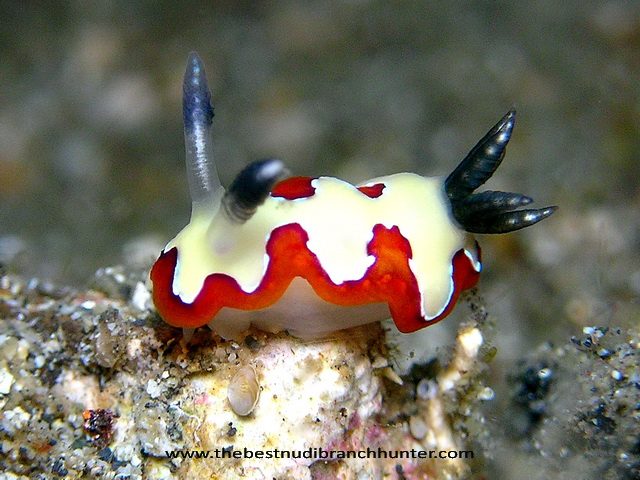 The mantle is creamy white with a broad orange band around the mantle edge and a thin wine red line between the white and the orange. On the inner edge of the orange band there are usually a series of tongue-like patches running into the white region. In some cases they are almost all wine red while in others there is only a slight thickening of the red band. Grows to 20-25mm long. Three common variations seem present throughout the Indo-West Pacific. Equally characteristic are the black rhinophores and gills and the white foot. In northern New South Wales there is, what is considered to be a unique colour form of this species.