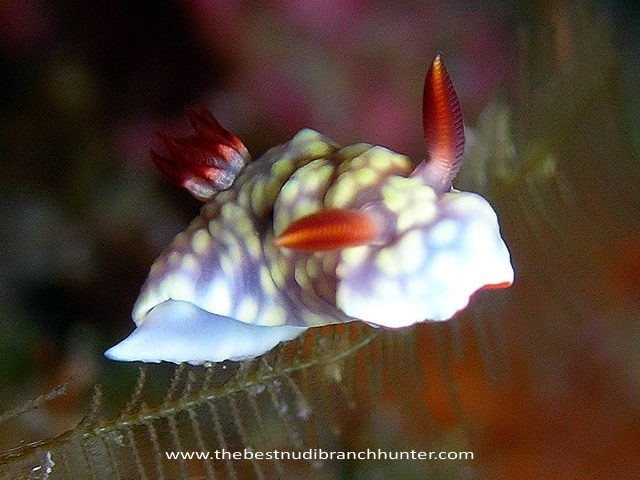 This has been considered a sibling species of Goniobranchus geometricus from the Western Pacific. That species has greenish gills and rhinophores, although quite pale in some specimens. G. conchyliatus from the Indian Ocean is a similarly coloured species in which the gills and rhinophores are lined with red or reddish-orange and the pustules are often quite yellowish. Both species have a deep purple colouring to the ventral surface of the anterior mantle. It was first reported and illustrated from Kenya (Rudman, 1973) – as Goniobranchus cf. geometricus and Nathalie Yonow (1984) described it from Sri Lanka as a new species. However that both species occur in South Africa is of great interest.