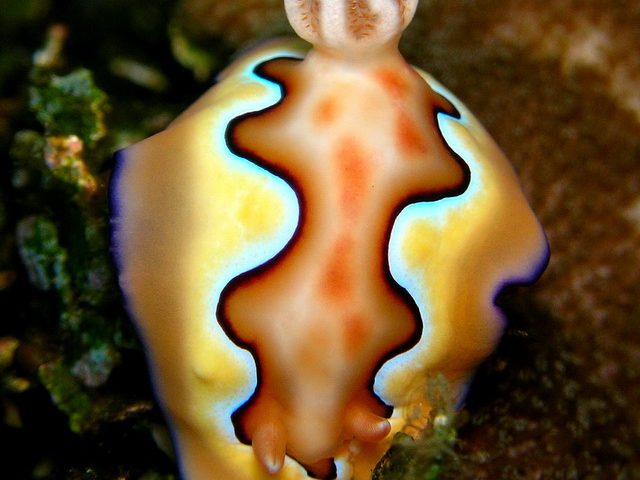 Originally described from Vietnam, it is well-known throughout the tropical western Pacific. The central region of the mantle is outlined by a sinuous purple line, a feature it has in common with a probable sibling species from the Indian Ocean, Goniobranchus gleniei. The major points of difference are that in Goniobranchus gleniei the central region is orange-brown with dark markings, while in G. coi the central region is a dull brown, sometimes with a darker mottling. Around the mantle edge of G. coi there is also a thin purple line, present only around the anterior end in G. gleniei. In both species, the underside of the anterior end of the mantle is deep purple, and in both species the whole of the mantle edge flaps rhythmically up and down as the animal crawls along.