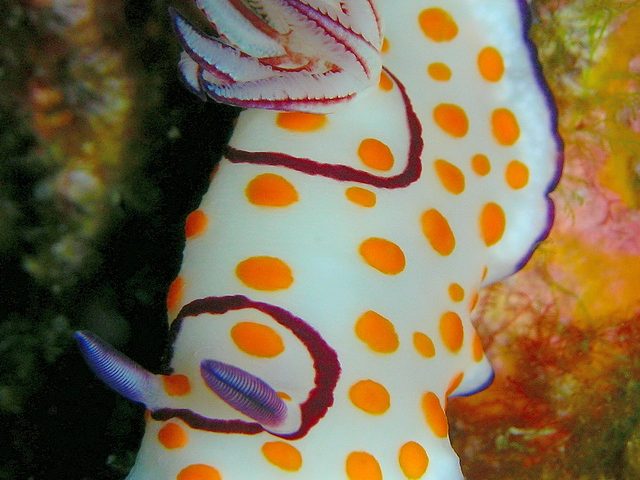 This brilliantly coloured chromodorid is relatively common in East Africa and occurs as far east as Thailand. There is a characteristic purple ring around the gills and the rhinophores. Compare with the very similarly coloured Hypselodoris ghardaqana and Hypselodoris pulchella, which occur with it in the Red Sea, and Hypselodoris imperialis which is found in the western Pacific.

There is one record of this species from the Gulf of California (Bertsch & Kerstitch, 1984). Any further records of this species outside the Indian Ocean would be very welcome as its apparent absence from the western Pacific would suggest the eastern Pacific record may have been with human assistance.