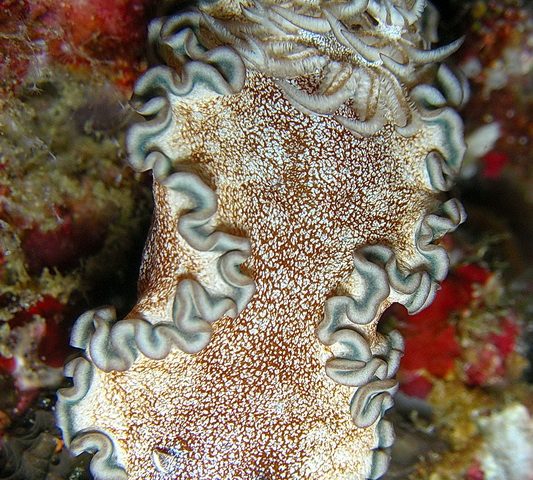 Originally described from the Tuamotu Archipelago, central Pacific, it has a wide distribution from East Africa to Fiji and Queensland. This species is similar in colour and shape to Glossodoris cincta, but the three bands at the mantle border are wider and different colours. In G. hikuerensis there is an outer pale brown band, then a whitish band and an inner dark almost black band.