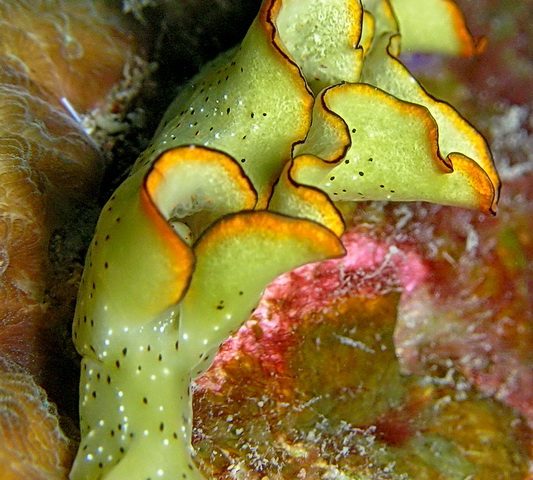 Elysia ornata was originally described from the Caribbean. Recent anatomical studies suggest that Elysia marginata (Pease, 1871) from the Indo-West Pacific is the same species.
The animal is usually a translucent green colour with a black parapodial margin and a submarginal yellow or orange band. Sometimes there is a white line between the orange and yellow bands.
The tip of the rhinophores often have the same colour bands. There are also numerous black and white dots all over the body.
A very similarly coloured species, from the Indo-West Pacific, Elysia grandifolia, has much larger, very thin parapodia.
Jensen (1992) reports that E. ornata feeds on Bryopsis in both the Caribbean and the Indo West Pacific.