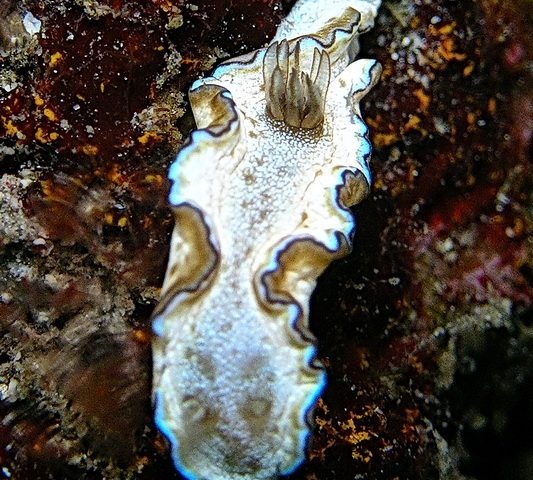 DISTRIBUTION
Known only from Papua New Guinea and Vanuatu. but here the first pictures from Indonesia

Previously known only from the original two specimens from Papua New Guinea and reported also from Vanuatu.
Superficially very similar in colour to Doriprismatica atromarginata it differs in having scattered brown blotches over the mantle, and whitish gills lined with black or dark brown. There is also a sub marginal bluish band around the mantle edge. The radula of this species is quite unusual, the innermost tooth in each halfrow having a wide spade-like blade which gives the species its name. Both photos seem to show animals feeding on the same species of sponge.