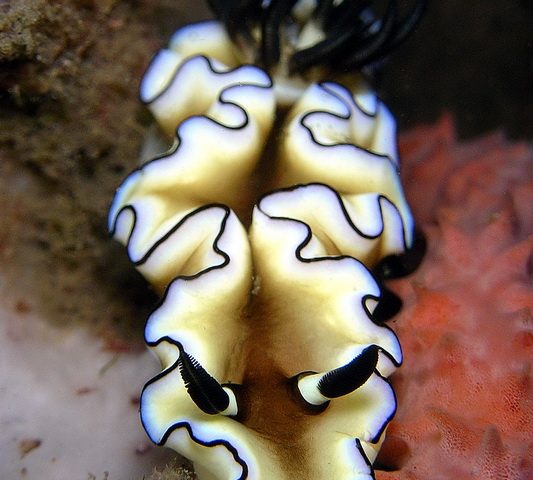 DISTRIBUTION
Found throughout the tropical and subtropical Pacific and Indian Oceans.

This common species ranges in colour from creamy-white to a pale brown. It is characterized by the black line bordering the very sinuous mantle edge, the black edge to the rhinophore pockets, the black rhinophore clubs and the black edging to the simple gills. The gills often rhythmically wave as the animal crawls along. Specimens can reach 60 mm in length. Although this is the most common species of the group it has been shown recently (Rudman 1986a) that there are a number of almost identically coloured species difficult to separate from D. atromarginata externally.