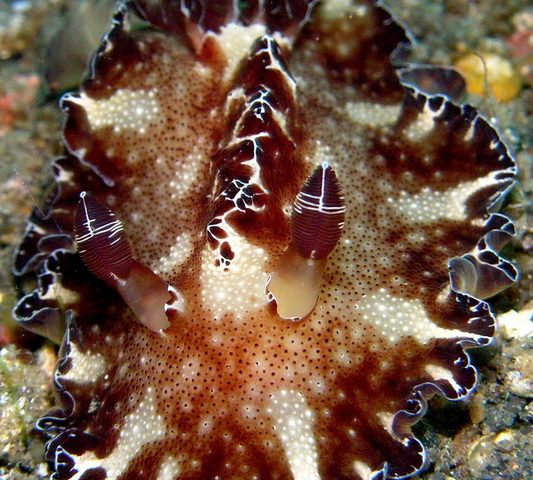 This species is characterised by the narrow visceral hump, which forms a narrow median ridge from the rhinophores to the gills, and wide mantle skirt, often autotomised when disturbed. Colour usually translucent white with dark brown patches, the amount of dark brown varying beween individuals. The gill and rhinophore pockets are raised. The rhinophore stalk and club are dark brown with a white line up the posterior midline of the stalk and along the anterior (upper) surface of the club. The dark brown gills have a distinct pattern of white lines.