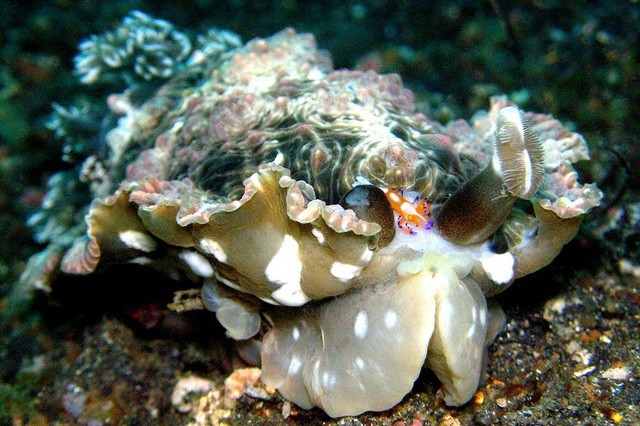 This large, strongly tuberculate dendrodorid is easily identified by the colour of the underside of the mantle, which has a background colour ranging from pale greenish or yellowish brown to dark brown with large round white spots. It is a widespread Indo-West Pacific species. The whole of the mantle is covered with tubercles. Usually these are simple rounded cones but scattered amongst them are large compound tubercles with conical tubercles arrayed all over the surface of the central projection. This can be compared with D. carbunculosa in which the mantle has large scattered tubercles, but the intervening spaces are smooth. In D. carbunculosa, each large tubercle has a ring of small basal tubercles, quite unlike the structure in D. tuberculosa.