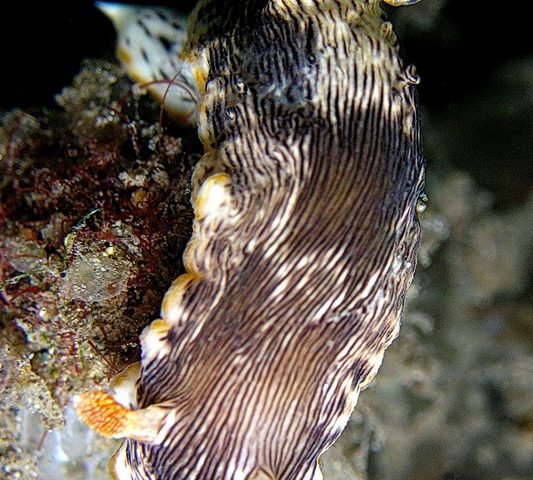 Grows to about 30mm long. It can be best described as being white with thin black lines as distinct from Chromodoris lineolata which is black with white lines. The difference is particularly clear in paler specimens in which the background colour is clearly a translucent white or straw colour. Unlike C. lineolata, this species has a white line along the inner edge of the orange border, rather then black.

See separate page for messages concerning what I consider to be a spotted form of C. striatella. It is probable that the recently described Chromodoris mandapamensis is a dark example of this same colour form.