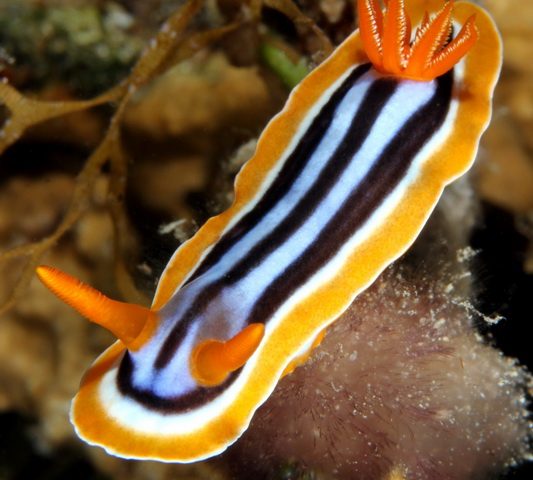 One of a group of similarly coloured species. It has a thin pale, almost white band at the mantle edge then a broad band of orange. Inside the orange there is a thin white band which becomes broader around the anterior end. In the central region there are three broad black bands and two thinner dirty blue lines. The gills and rhinophores are translucent orange. I