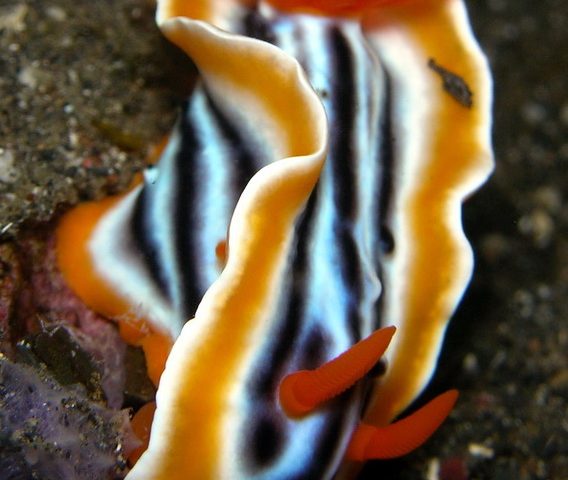 Chromodoris magnifica was first described in 1832 by Quoy and Gaimard and was not recorded again until the 1980’s. It is closely related to two other species with similar colour patterns : Chromodoris kuiteri, from Australia and Chromodoris africana, from the western Indian Ocean. It has an undescribed flatworm which mimics its colour pattern.