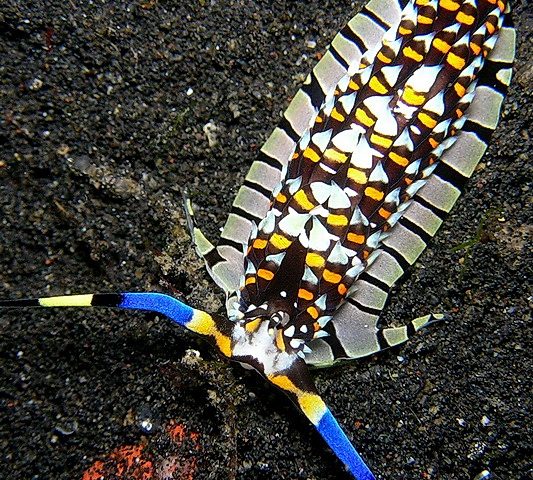 The most characteristic external feature of this species would appear to be the transverse dark lines across the foot. The cerata are black with broad yellow band some distance from the tip, then a black band, then a bluish white cap. The basal half of the longest cerata is greyish brown then black. The black band between the yellow and the white terminal region can be thin, broad or absent. The oral tentacles are white at the base then have a broad blue band filling the middle half of the tentacle, then a short black band, then white tip. The whitish terminal part of each cerata is absent or not very obvious. In Cerberilla annulata which also has yellow and black ceratal bands, the yellow and black are in reverse order.