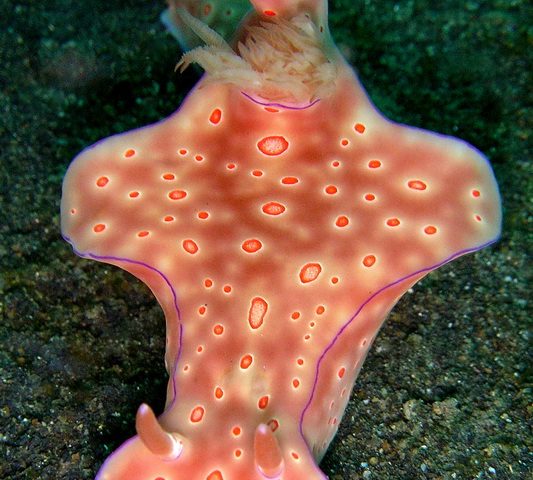 Widespread Indo-West Pacific species often confused with Ceratosoma tenue. It is characterised by having only one large lateral lobe on each side of the body, just anterior to the gills. There is usually a ridge joining each lateral lobe to the anterior head lobe. The background colour can vary from pale green to orange-red or brown, usually, but not always, mottled and spotted with lighter colours. There are usually small yellow or orange spots and the edge of the mantle, and sometimes the foot, is bordered with a continuous purple line. Most species of Ceratosoma have a long recurved dorsal ‘horn’ which acts as a defensive lure attracting potential predators to the part of the animal which contains most of the distasteful chemicals stored from their food.