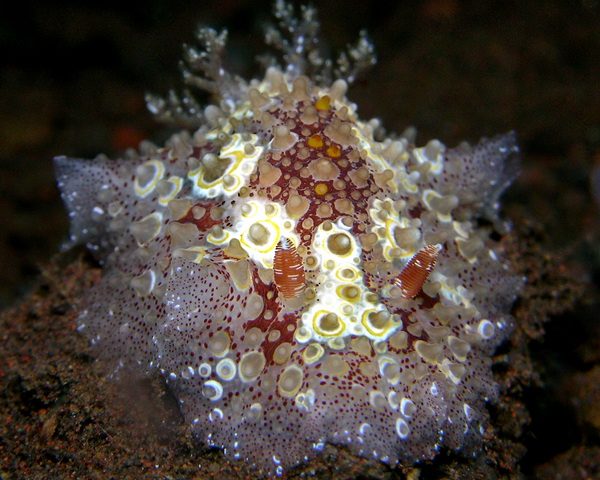 “Estrelyado” is actually the Tagalog word for “sunny side up” which is derived from the Spanish word “estrella,” for star, indicating the eggs are formed into star-like patterns with the yolk facing upwards. To make a long story short, Terry Gosliner & Dave Behrens thought that the colour pattern on the dorsal surface of this beast looked like fried eggs, served sunny-side up. Not only does the color look like a fried egg, but the tubercles covering the dorsal surface are tall and shaped like plump perfectly prepared fried eggs. The remainder of the dorsal surface is speckled with the white and black of scattered salt and pepper served with this dish. Okay, enough of the food thing, the rhinophores and gills look nothing like food, are typically dorid in shape, and are dark brown with white specks.