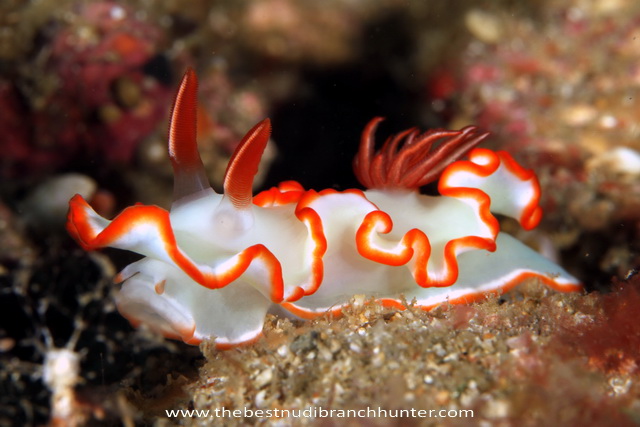 Characterised by the bright red border to the mantle. Probably has a wider distribution than recorded at present.
Ardeadoris averni was described by Bill Rudman in 1985. This species is one of many Indo-Pacific dorids with a white body and an orange marginal band. Rudman has suggested that A. averni is a member of a mimetic complex of similarly coloured species. Other similarly coloured species include Ardeadoris egretta, Goniobranchus verrieri and several other Chromodorids. Diaphorodoris mitsuii, an onchidorid also has the same colour pattern.